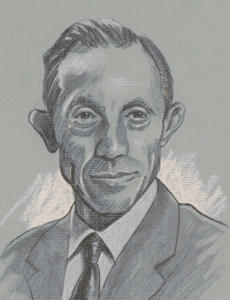 When Paul Zoll reported his findings at a 1952 scientific meeting about applying electric shocks to the surface of the chest to stimulate the heart within, a close friend and leading cardiologist turned to Zoll's wife and said the device was a toy that would have little medical use. In fact, his clinical description of cardiac resuscitation via electrodes on the bare chest with 2-millisecond duration pulses of 100–150 volts across the chest, at 60 stimuli per minute, became the basis for future clinical pacing developments. Dr. Zoll became known as the “father of modern cardiac therapy.”

The next year he collaborated with Alan Belgard, the chief electrical engineer of the Electrodyne Company, to develop an efficient chest surface pacemaker. By 1956, the device included a cardiac monitor. It used alternating current, external electrodes and had to be plugged into an electrical outlet. His use of AC shock began clinical cardioversion–defibrillation, but eventually was replaced by less traumatic direct current shock.