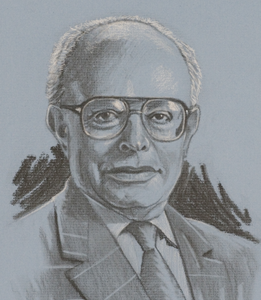 Michel Mirowski, MD, survived Nazi-controlled Poland and escaped to France to study medicine and subsequently train and practice in Israel, Mexico, and the United States. Today, with co-inventor Marvin Mower, he is the holder of Patent No. 4,202,340, for the first implantable cardioverter-defibrillator (ICD). The ICD was designed to monitor, recognize, and correct ventricular fibrillation, revolutionizing the care of cardiac arrest patients.

In the 1960s, he was inspired to invent the automatic implantable defibrillator when a friend and mentor died from a heart arrhythmia. At the time, defibrillators weighed 30-40 lbs. and the idea of miniaturizing such a device seemed impossible. Although unsupported by the medical community and accused of trying to build "a bomb inside the body," he led a team at Johns Hopkins that designed and tested the first implantable defibrillator.

A prototype was fully implanted in a dog in 1975; in 1980, the first human implant occurred, and the device was approved by the Food and Drug Administration in 1985. At the time, it weighed nine ounces and was a little bigger than a deck of cards. It was the first alternative to drugs and surgery for patients with ventricular fibrillation. Drs. Mirowski and Mower's entirely transvenous implantable defibrillator lead initiated the era of non-thoracotomy implantation, which in the intervening years has saved hundreds of thousands of lives.