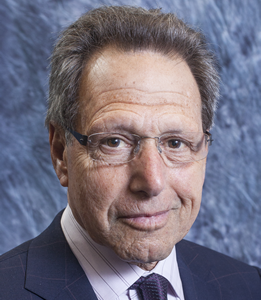 Mark E. Josephson, MD, was a significant contributor to the body of knowledge of the mechanisms, pathogenesis, and treatment of ventricular tachyarrhythmias. He standardized left ventricular mapping, which made catheter ablation of ventricular tachycardia possible. He also introduced and directed subendocardial resection for the surgery of VT. The ability to treat cardiac arrhythmias by catheter has been one of the most significant advances in cardiovascular medicine in recent decades.

Dr. Josephson was a passionate educator who trained many national and international leaders of cardiovascular electrophysiology. He taught an annual course for over 30 years with Dr. Henrik J.J. Wellens of the Netherlands, a European pioneer of cardiac electrophysiology. Together, they coached cardiologists and EP fellows in "How to Approach Complex Arrhythmias.” In the 2000s, they initiated an advanced course, titled "Intracardiac Unknowns," which has been attended by almost all EP trainees in the USA for over ten years.

Dr. Josephson was a creative physician-scientist who challenged existing doctrines and a physician-educator who cared deeply for his students and patients. Early in his career, he endured many criticisms of his pioneering efforts, almost always with a smile and a shrug of his shoulders, saying, “They will see.”